Ahead of the European premiere of her new commission, Babel, Scottish Ensemble sits down with Gabriela Montero to discuss music, political activism, and how the two can connect.

Gabriela Montero – pianist, improviser, composer and human rights activist. Yes, as if her skills as a musician weren’t enough, Gabriela is a dedicated political activist for her home country of Venezuela. As anyone who has seen her in concert will appreciate, this political element of her life is not something she keeps in a neat box away from her main career as a professional (and internationally-renowned) musician. Instead, it infuses her performance style, her improvisation, the conversations that litter her performances, the conversations she has with music journalists – and, since 2011, her own compositions.

Her first two works (Ex Patria and Latin Concerto) explore the good and the bad of her home nation, South America, through richly metaphorical musical language that heaves with passion, expressivity and her trademark generosity of spirit in the way she shares images and ideas.

Alongside Kings Place and ProMusica Chamber Orchestra, we’re thrilled to have had the pleasure of commissioning her third composition, Babel. Scottish Ensemble first collaborated with Gabriela on a project back in 2015, which explored the connections between the European classical music tradition and that of Latin America. Inspired by her creative compositional style, we wanted to give her a truly blank slate, asking her to write about something close to her heart – a message she wanted, or needed, to share. The result is Babel, an immediate and inventive portrait of her experiences as a narrator of other people’s stories in a world already bursting with messages.

Gabriela: For the last eight years, as well as a musician, I’ve been a human rights activist for Venezuela. I’ve experienced many beautiful moments and seen the best of humanity, but there have also been many difficult moments. Aside from the huge sadness that comes with witnessing the worst of humanity, one of the hardest elements of this work is trying to communicate a message in a world where everyone is talking at the same time, and unwilling to stop and listen.

As someone who so strongly feels that the role of the artist is not just to provide beauty or entertainment but also to shed light on issues that are important to us as a race, I wanted to write a piece that spoke of my experience as a commentator, or narrator. Babel is my attempt to convey how it feels to be in this position, facing these specific kinds of problems. I often feel as if I’m speaking into a void, and this in itself is something that deserves to be spoken about: it’s both urgent and tragic.

SE: What does the title refer to?

Gabriela: The Babel myth, familiar to most school children, attempts to explain how human beings, assembling in Shinar with their common language, came to be confounded by the inability to comprehend each other.

In recent years – firstly as a member of our global society, and secondarily as an artist – I’ve used both speech, and the less evident metaphors of music, to address what I consider to be the most urgent challenge of my lifetime: the hijacking and collapse of Venezuela, the beloved country of my birth, by unprecedented forces of criminality, barbarism and nihilism. The truth of my claims, expressed in language understandable to all, is self-evident. But when they are passed through the corrupting filter of self-interest, those truths emerge as an opaque blurring of interpretation and opinion, which have come to usurp truth itself.

Perhaps we’re all to blame. Perhaps, as the most interconnected generation in human history, we are victims of our own success. It could be the fact that we can communicate at will that has created the new Babel – this world of indecipherable noise and alternative truths, which resists all attempts to prioritise truth and responsibility to our fellow man. My composition, Babel, ultimately puts forward an optimistic suggestion of mutual understanding and unity. Whether this is attainable is for the listener to decide…

SE: How do you communicate this idea through the music?

Gabriela: A composer’s language and style is so personal that you can only hope it translates to a clear message, that people will understand the metaphors. But, musically speaking, there are a lot of ideas that are very easy to understand; a lot of questions to which I provide answers. I think this mirrors my personality: I’m an idealist and a realist at the same time.

The piece begins with my solitude, my lonely voice, before a dialogue opens up with the orchestra. At times, it becomes quite conversational, but there are also moments of absurdity and hysteria – a cacophony of opinions, ideas, attacks, questions. I think it will cause a giggle or two, because it becomes pretty absurd and funny at some points – especially in the parts which are trying to show how nobody is listening.

But by the end of the piece, everything has been brought together. We find a way of listening to each other, and realise that we’re strongest when we empathise, when we’re connected to each other. In the classical music world, we need to open up these conversations and become more involved in these kind of issues.

SE: Which other issues have inspired your compositions so far?

The three works I’ve written have had a very clear message or narrative. The first, Ex Patria, was a need to tell the story of my home country of Venezuela, painting a portrait of a criminal kleptocracy and dedicated to the 19,336 individual victims of homicide in 2011 (the year it was composed). Musical themes were presented by an individual voice, only to be stolen, overwhelmed, corrupted and corroded by collective, irresistible forces. I wanted it to be an almost physical experience for the audience. I wanted them to be able to relate to what was happening in Venezuelan society, so the music was almost physically crushing, suffocating, claustrophobic.

The second, Piano Concerto No.1 (“Latin”) looked to celebrate the wonderful experience of South America – the colour, the culture, the people – but also convey an underlying feeling of threat, a dark current, that stops the other elements from evolving, in the way that these things are keeping the continent from becoming a fully flourishing society. I want these conversations to be heard, to be important, to be in the consciousness of musicians. We have such a powerful tool in music.

SE: You’ve spoken about the need for artists to use their music as a tool for communicating wider messages. Is this something you feel all artists should be doing?

Someone once came up to me after hearing me improvise and said, ‘it feels like you have such a connection to the instrument – you have the gift of empathy’. This is exactly what my music is about – getting people to understand certain things they might not necessarily be aware of, or want to be, whether they think it’s outside of their realm of understanding, or they think they’re removed from it.

I have a problem with the excuse that artists are in some way above and beyond; that we have an excuse to remove ourselves from society in some way. We’re not aliens. We’re all human beings. We pay our taxes. We’re part of society. We feel.

It’s a convenient excuse, because getting involved comes with a price. And, yes, we have to be ready for that. But because I have this platform, and I have a microphone in my hand, and because I’m using a tool that can speak to the heart and affect people so deeply, and because it uses a universal language to do so… Because I’m in this unique position, I need to use these things to speak about something greater than the music. Music has always been a conduit of messages and stories, as well as bringing light and art – so let’s keep using it that way. 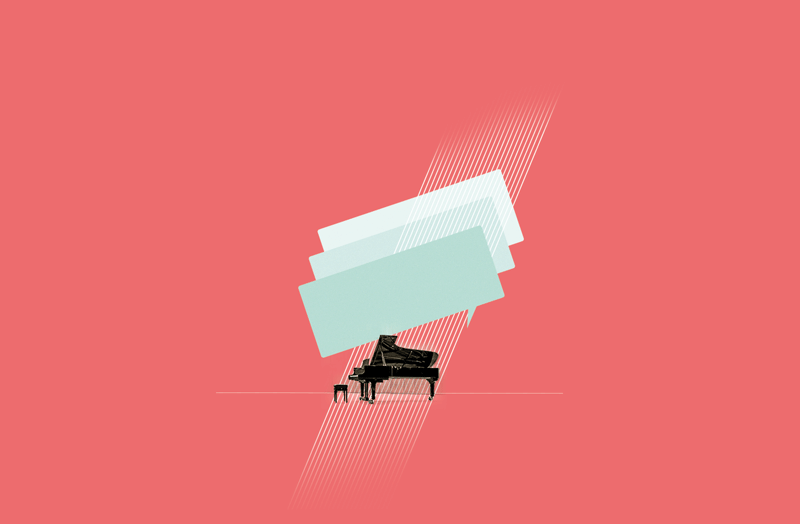