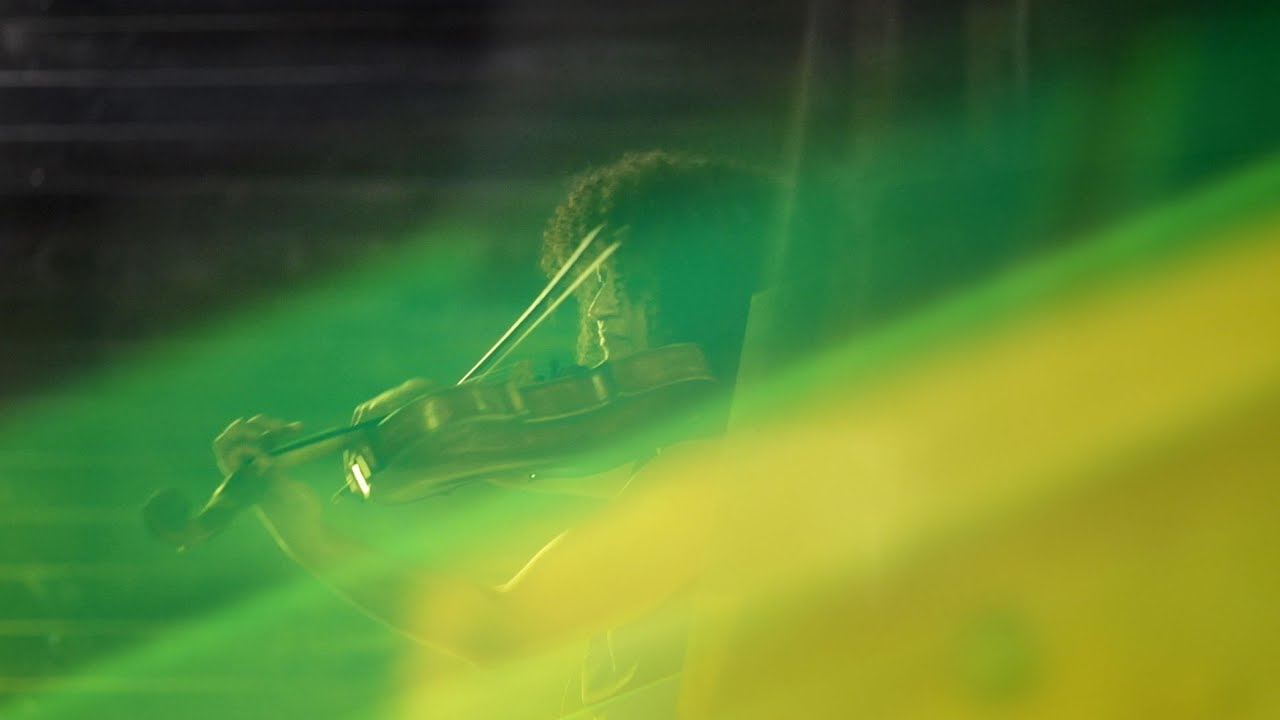 Reveal is the latest stage of our collaboration with artist Jyll Bradley, composer Anna Clyne and violist Jane Atkins.

The project started life as Pardes; part of our 2020 lockdown series ‘Solo Collaborations’, taking place solely online. It explored our relationship with the ever-changing natural world and took the form of a time-lapse video, filmed over the course of a day, featuring Jyll’s artwork and Jane Atkins performing Anna Clyne’s Reveal.

A year later, the project became tangible reality. Jyll Bradley’s Pardes (the title comes from an ancient name for a walled fruit garden that gave rise to the familiar word ‘paradise’) was realised as an installation at the newly enlarged Fruitmarket in Edinburgh. The space it was commissioned for had formerly been a fruit and vegetable market, and Jyll drew on this heritage in her work. Six beams made in wood and live-edged Perspex fly through the space from ceiling to floor. Lit from within, they create a canopy that envelops the viewer in warm, green light, sustaining us through the darkest time of the year from Autumn to Spring.

The installation was designed as a space for gathering, celebration and contemplation and in this spirit Jane Atkins gave several live performances of Reveal within the artwork late last year.

A few weeks later Jane returned to the gallery. With artist Jyll Bradley directing, Jane’s performance of Reveal was filmed within the context of the installation, and that film is now here for you to watch and enjoy.

Stills from the development of the Pardes project. 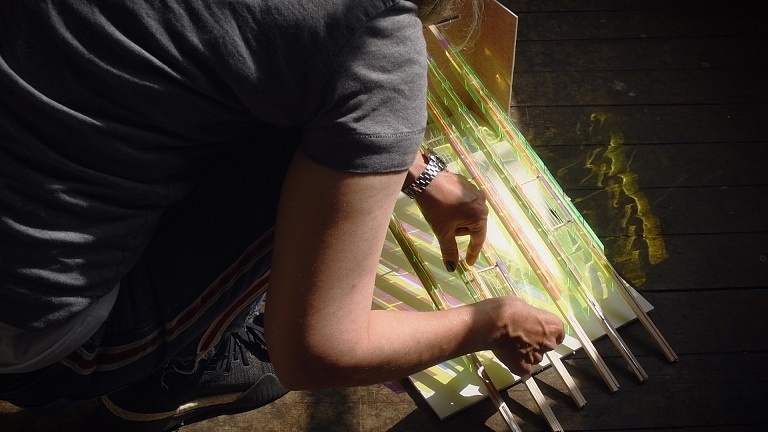 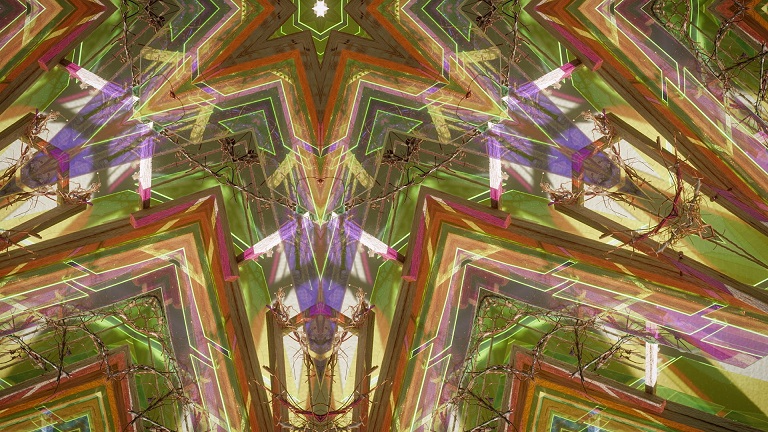 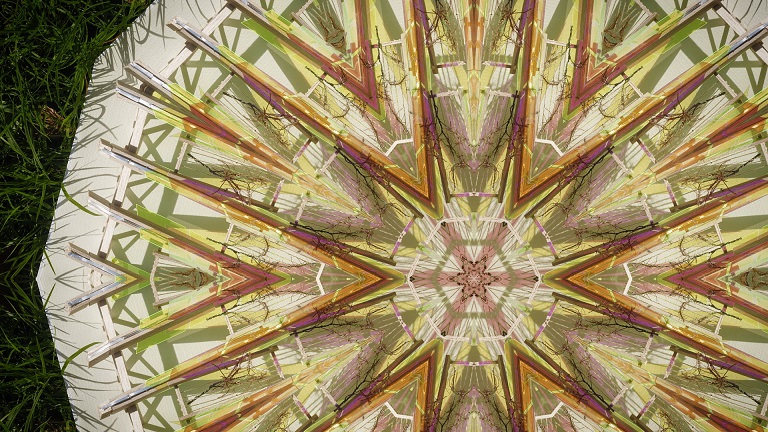 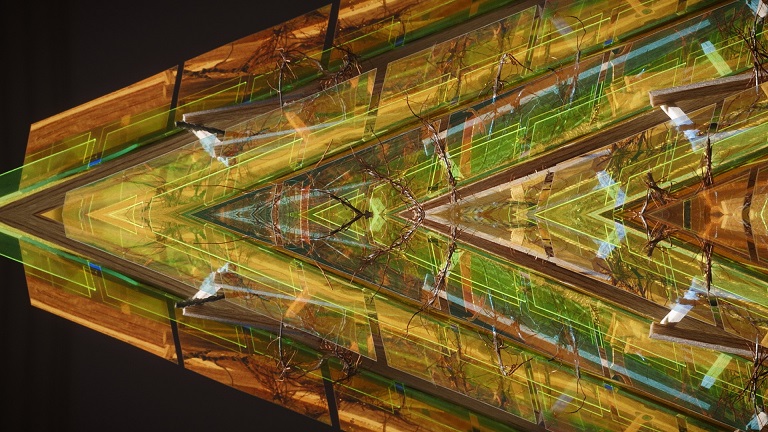 Enjoyed the Film? Make a donation to enable us to keep making exciting new work for stages and screens.

With special thanks to: Jane Atkins

Supported by: Creative Scotland and RPS Audience Fund in association with the Rachel Baker Memorial Charity

Composer, Music
To top
Manage Cookie Consent
To provide the best experiences, we use technologies like cookies to store and/or access device information. Consenting to these technologies will allow us to process data such as browsing behaviour or unique IDs on this site. Not consenting or withdrawing consent, may adversely affect certain features and functions.
Manage options Manage services Manage vendors Read more about these purposes
View preferences
{title} {title} {title}