In his third blog post, photographer Tommy Ga-Ken Wan talks about the venue for 20th-Century Perspectives and explores the connections between music, architecture and visual art.

Look up. That’s the first piece of advice I give to friends or colleagues who are visiting Glasgow for the first time, having learned from experience how easy it is to moil through our city’s streets, between the architectural layers, without ever seeing them. It’s advice I try to take on my own trajectories through urban space and, more often than not, I’m wearing a pair of headphones when I do. To look, listen and think at the same time requires an effort of will but, when made at the right moment, I’ve been struck by how what I can see and what I can hear have, in some ineffable way, worked together to enhance the experience of each.

Such is my own personal empathy with one of the aims of Scottish Ensemble’s event ’20th Century Perspectives: City Spaces and Strings’, which will see a programme of music performed in a disused Modernist landmark in Glasgow city centre – whose interiors have been designed by the visual artist Toby Paterson. With music curated by SE’s Artistic Director Jonathan Morton, the emphasis is on the many narratives and styles in 20th-century music, a departure from programmes that are linked through nationalities and styles.

This idea of many narratives is reflected in the choice of venue: The Anderston Centre: intended to be constructed as a megastructure, a city within a city, its concept was never fully realised and, in the less than fifty years since its construction, it has declined and been partially regenerated. This rich history is part of what attracted Toby Paterson to it as a venue for the event: “It’s a place that in my head is a touchstone when thinking about Glasgow. I’m fascinated by it as an example of what happened in Glasgow after World War Two, the old joke being that the Luftwaffe didn’t bomb Glasgow: Glasgow bombed Glasgow.”

The Anderson Centre, not just in its history but in the attitudes that people had and have to it, is a symbol of something bigger, something that has largely been lost in contemporary architecture. Paterson explains:

“It’s a built example of an *idea*, an attempt to wrestle with difficult questions – how do we build a place to live and to work in? – and while it may have been unsuccessful, it’s a tangible residue of a kind of idealism, of a failure to learn lessons, of mistakes repeated, ambitions defeated. However, in its forcefulness there are elements of the traditional sublime to be found.”

There’s a relationship here to the music that Jonathan has programmed to pull these threads together: Xenakis, whose experimental Analogique A+Bfeatures in the programme, is also known as an architect for the work he did under Le Corbusier. Paterson and Morton suggest that the architecture, like the music – shot through with big ideas that these days can intimidate us – may be difficult, but is worth taking a new perspective on:

“I’ll introduce you to a building, and Jonathan will introduce you to a piece of music. If you go away thinking that the building is still an ugly disgrace, and that this music still sounds like a squeaky gate, then that’s alright, but there’s been an engagement and I think that’s what’s important.”

“It’s the old artist’s cop out, isn’t it,” says Toby, “to say it asks more questions than it answers. Maybe when I’m eighty I’ll have some answers!” A cop out it may be, but I prefer to see the opportunity and the challenge in that: here is a concert – an event – which in its ambition and innovation might easily profess or proselytise, but instead invites us to explore and experience; which does not say “Here’s what we think” or “Here’s what we think you should think” but rather says “Hey: discover this.” 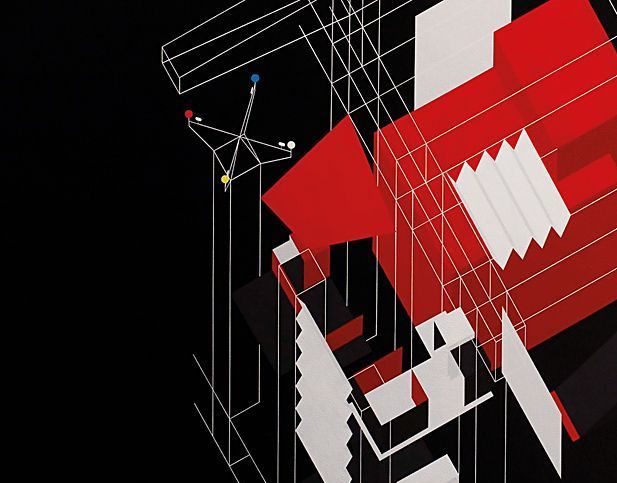