Ahead of our collaboration together, Scottish Ensemble violinist Joanne Green catches up with acclaimed cellist and harpsichordist Jonathan Cohen about all things Baroque

Joanne Green: What was the thinking behind the programme – why these composers, and why these pieces?

Jonathan Cohen: The concert explores the concerto grosso, which is a really important form of music. I guess it’s not done so much now, because in a way we’ve moved on from that to other things, like the concerto. But this is how it all started, really, with a smaller group of musicians opposing a larger group.

Locatelli is a very important composer. I really like his music, and I also think he’s a really good concerto grosso composer so I tried to take the best of those pieces. The one we’ll play in the more intimate setting is quite unusual, and tells the story of Arianna being left on a desert island, so it’s got a psychological drama to it.

Then, we wanted to put some Biber in to the programme we’ll perform in the churches. We’ve chosen one of his Rosary Sonatas in C minor, which Jon [Morton, SE Artistic Director] will perform. They’re extraordinary sonatas. I performed them once, all of them together, and they’re all in different tunings – well, there’s one that’s in the same tuning – but yeah, to perform them all you need about 8 violins tuned differently put on the table in front of you, and that’s kind of fun. But, he’s really exploring how the different open strings change the sound of the music – it’s a very different sound, playing in E major with open E strings, to playing in B-flat major with open B-flat strings. It’s very interesting.

Joanne: Sounds brilliant – I know Corelli is very virtuosic in the ensemble part. Is the Locatelli the same – is it well-written for the instruments?

Jonathan: I’d say even more so, because it was written a little later. Corelli is virtuosic, but he integrates that virtuosity more into the kind of reason for the music, whereas I think Locatelli wears it on his sleeve a bit more. And of course the Biber, which we’ll perform in the churches, is also virtuosic.

Joanne: In terms of how we’ll be performing the music from this era, I was interested in how far you and Jon wanted to go down the ‘authenticity’ route. I know we’ll be playing on gut strings, for example. How do you feel about using gut strings and Baroque bows on modern instruments?

Jonathan: The thing is, when you say modern instruments, the violin and the cello and the viola – we build them the same as we built them in 1500. The design hasn’t changed, unlike with, say wind instruments, or the piano – the modern ones of these are 50, 60 years old. There are very slight differences, but technologically, the main difference is the strings – so if you get back to gut strings, you get quite close to the ‘original’ instrument.

Joanne: Yeah, fantastic – and do you think the audience notices the difference between using gut and modern strings?

Jonathan: Massively. In my view, it’s the biggest thing you can do as a string player when you’re playing Baroque music. There’s a complete change of sound world, immediately. It’s a lot less loud, more mellow. This was certainly the idea when I first talked to Jon [Morton, SE Artistic Director]. I admire him and the Scottish Ensemble because they want to experiment and try out things. Essentially, we’ll become a little closer to a Baroque orchestra for this project, which is great.

Joanne: I’m looking forward to it! On the topic of pitch, I know the standard for this kind of authentic performance is usually 415, but the Corelli can go down a lot further than that, can’t it? And does that affect the listener’s experience of it?

Jonathan: Well you know, the issue with pitch is a very complicated one. I mean, we’ve arrived nowadays at this point of saying everything in Baroque is pitched at 415, and everything modern is played at 440, but it’s more complicated than that because it differed depending on place, and time. And, in a way, for an instrument that’s tuned by intonation, we kind of make up our pitch as we go along.

I think that’s what I mean about pitch, as string players – we’re not so bound to it. If you’re a wind player it’s a bit different as your instrument has to play at a certain pitch that’s fixed by the length of the tubing, for example. But as string players we can be flexible. If you think about it, people didn’t travel as much as we do now, so there’d be people tuning As at different pitches all over the place.

But yes – it definitely affects how the audience feels. It’s to do with the tension of the sound. If the pitch is lower, the instrument sounds different because the strings are less tense across it, so you get a kind of relaxation which I think suits the music quite nicely – the Corelli especially. It’s quite chilled out.

Joanne: Do you do a lot of research into this kind of historical performance practice?

Jonathan: I’m not an academic, but I have a strong interest in it from a music-focused point of view – and I do think that it’s absolutely vital for us to at least try to understand, or look into, the conditions of music-making at the time it was being composed – even if it’s just in a superficial way – because otherwise, what’s the point of playing old music? You have to understand the technology that was around, or at least the social situation that it was made for, otherwise… why play it?

Joanne: Actually, the way that we play Baroque music has changed significantly since the sixties, hasn’t it – when historically-informed performance practice started to come to the fore – and I feel it’s evolved since then to the present day. What do you see happening with that, moving forwards – do you think we’ve reached a peak in what it can be, or are there still changes to be made?

Jonathan: I think what’ll happen is that the idea of ‘historical performance practice’ will fade away, and it will just be something that everybody’s doing. I mean, essentially what happened prior to that turning point you mentioned was a growth of interest in the aesthetic of playing music melodically, and I think what this idea of performing on period instruments was doing was saying ‘hang on, but this music was conceived harmonically’. So essentially, we returned a little bit more to a balance between listening to music melodically, and harmonically – which I think makes it sound better. I think this music is perceived harmonically. In terms of this central musical argument between melody and harmony, the balance lies somewhere happily in the middle, as far as I’m concerned.

Joanne: Is this exploration of Baroque and Classical music where your interest in chamber music came from, or was it vice versa?

Jonathan: I think I’m a chamber musician at heart, and it happens that the two go hand-in-hand, because I do think that all music from Baroque and Classical times is essentially chamber music. It feels like it’s a shared enterprise between a group of musicians, rather than a hundred people doing the bidding of a kind of automatic time-beater. For that Bach-Mozart period of music, it just works so much better when every musician is invested in the score as a whole, not just playing their bit of the music to the dynamics written, and the bowings written.

Joanne: Yes, well, I think that the Ensemble are quite good at that. I found that when we had to perform Beethoven’s Grosse Fugue by memory, every individual player had absolute intention – you know, you can’t not, you need to be really invested and know the score inside out and back to front to do this. So hopefully when you come in you’ll enjoy working with us! Have you worked with Scottish Ensemble before?

Jonathan: No, but I’ve worked with Jon before. We did some chamber music concerts together in the Plush Festival and also he was guest-leading a chamber orchestra in Paris that I was conducting, so I’ve met and played with Jon a number of times – and we became good friends. I’m very admiring of his playing so when he invited me to come and play with you, I was very happy to continue that collaboration. 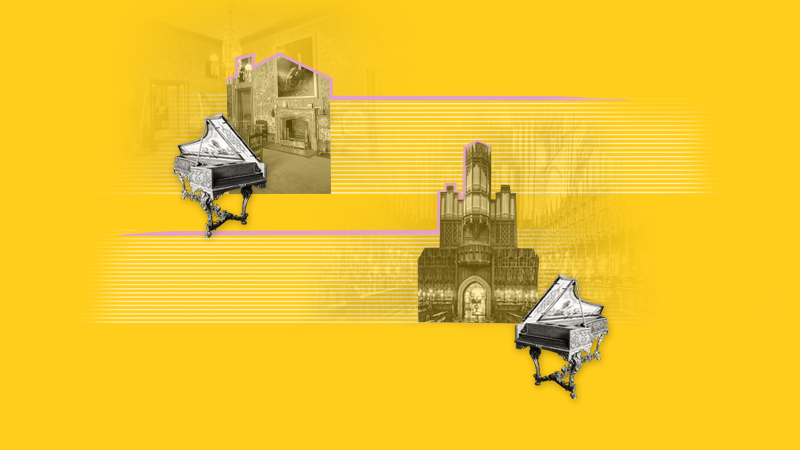