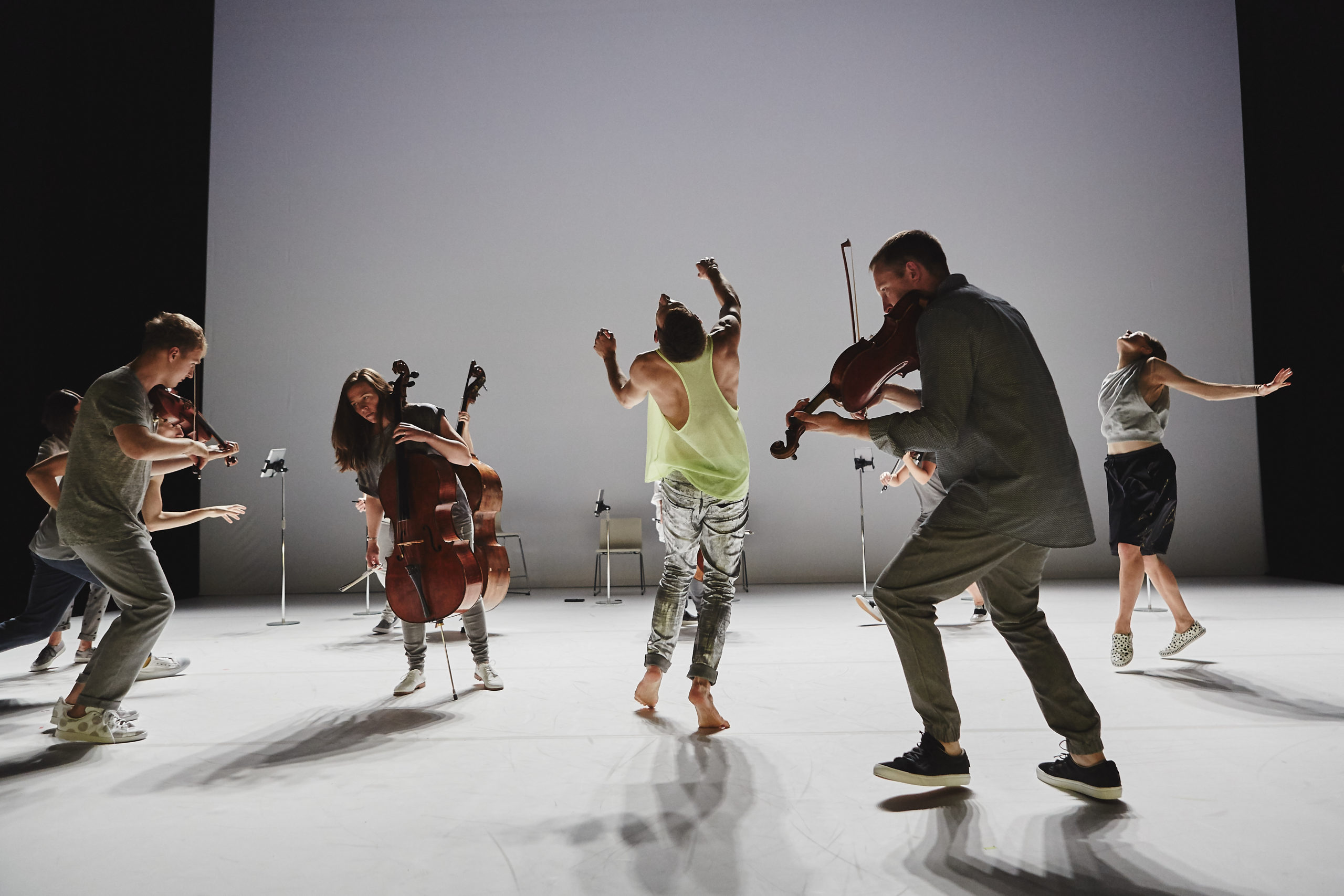 We revived our acclaimed production of Goldberg Variations – ternary patterns for insomnia, for two performances in Stockholm.

Play the opening of the Goldberg Variations to someone today, and usually they’ll have heard it – whether in its original form, one of the many transcribed and transposed versions, or in a completely different setting in a totally different genre. It started life as a study for harpsichord; a simple aria, and a set of 30 variations where the aria functions as a hard drive for the whole piece.

Goldberg Variations is not only one of the most well-known and most celebrated compositions ever written, though – it’s one of the most interpreted. From theories that its structure deliberately mirrors the ascent of the nine spheres of Ptolemaic cosmology, to the claim that the whole thing is a cleverly coded rebuke to a critic who had snubbed the composer, there is clearly something about this sprawling, complex piece which invites interpretation.

In 2015, (and now revived in 2022), Örjan Andersson (Andersson Dance) and Jonathan Morton (Scottish Ensemble) added their own. 11 musicians and 5 dancers perform Goldberg Variations as equal partners – both choreographed, the result is a singular experience of musician and dancer performing as one. It’s here that the subtleties of the interpretation come out; was Goldberg Variations intended to be a purely aural experience, or can we move to it? How do we, and how can we, experience these notes in the 21st century?

Goldberg Variations – ternary patterns for insomnia
Manage Cookie Consent
To provide the best experiences, we use technologies like cookies to store and/or access device information. Consenting to these technologies will allow us to process data such as browsing behaviour or unique IDs on this site. Not consenting or withdrawing consent, may adversely affect certain features and functions.
Manage options Manage services Manage vendors Read more about these purposes
View preferences
{title} {title} {title}