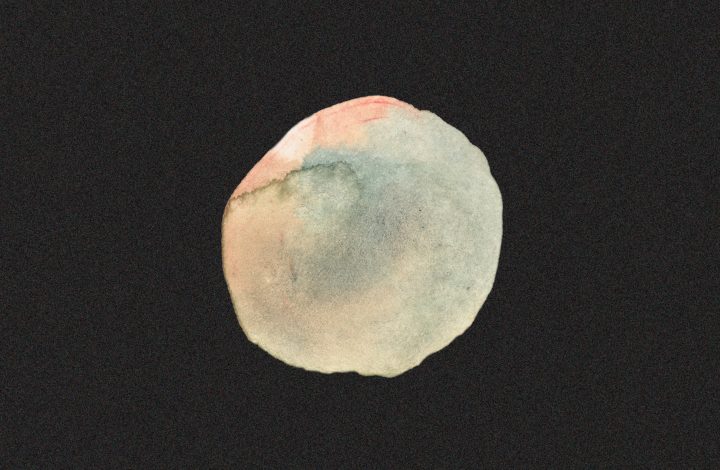 Anno is Vivaldi’s The Four Seasons interspersed with newly written sounds; a year of music, condensed into an hour; a sensory experience of the passing of time; a brand new context for an old, beloved piece.

Commissioned by Spitalfields Music and Scottish Ensemble, Anno is a brand new composition by one of the most inventive composers writing today. Combining and intertwining Vivaldi’s four extremely well-known seasonal concerti, The Four Seasons, with her own new electronic compositions, Anna Meredith has created one continuous, hour-long, fresh experience of the original Baroque masterpiece for string orchestra and electronics.

The world premiere will add an extra dimension. Stepping into a dark, transformed world, the audience will experience a year in an hour, surrounded by musicians and projections as a circle of powerful sound and light merges, collides, intersplices and cocoons. The result will be one continuous, hour-long, live experience for the ears and the eyes. 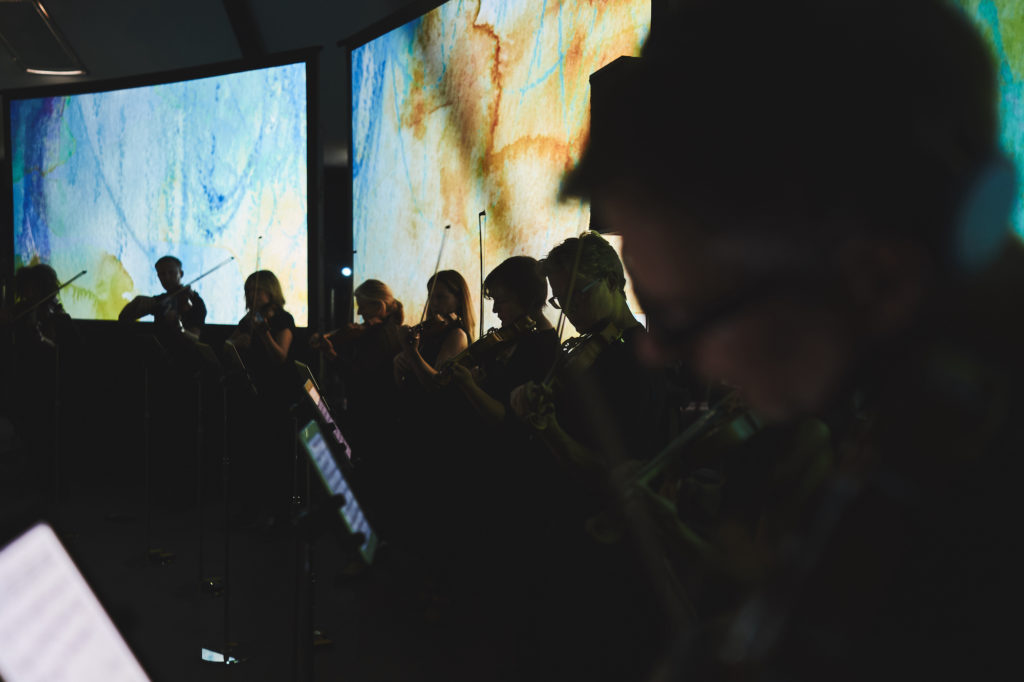 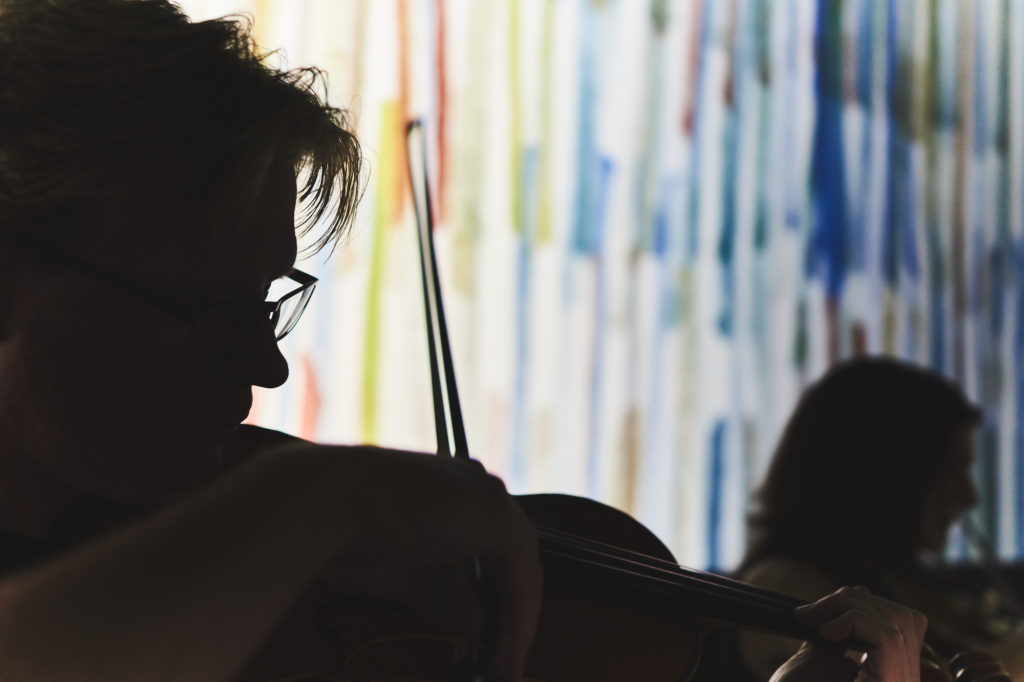 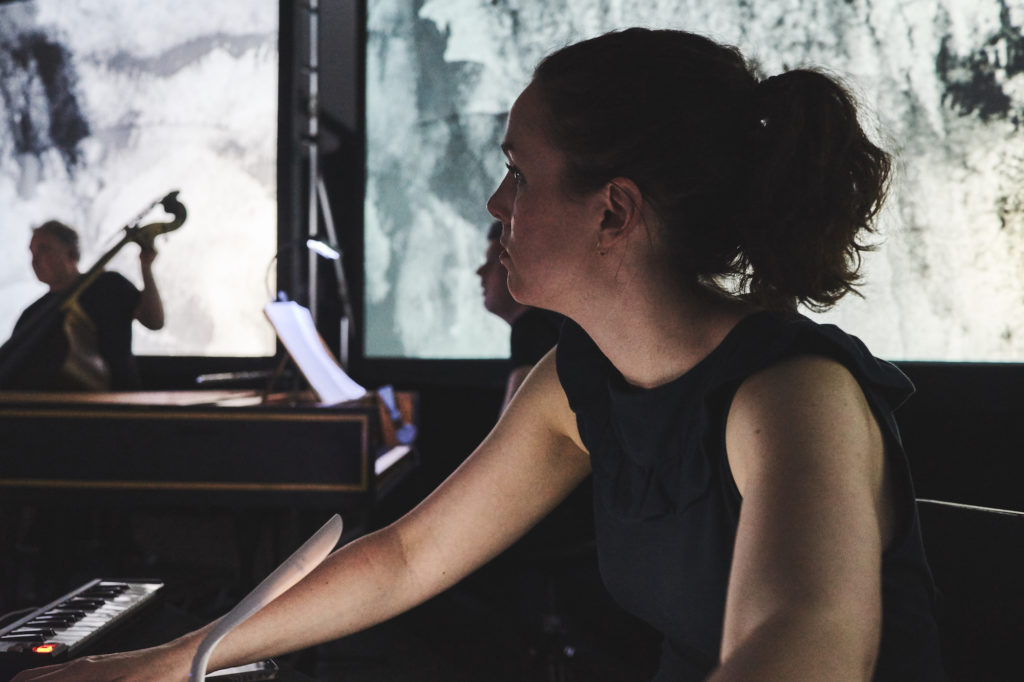 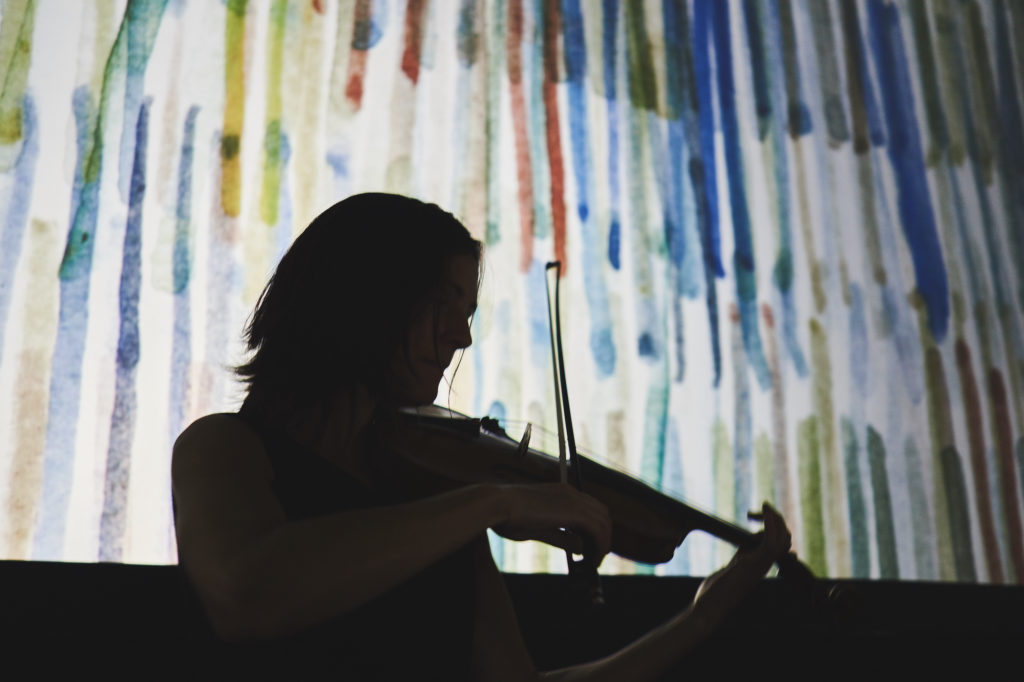 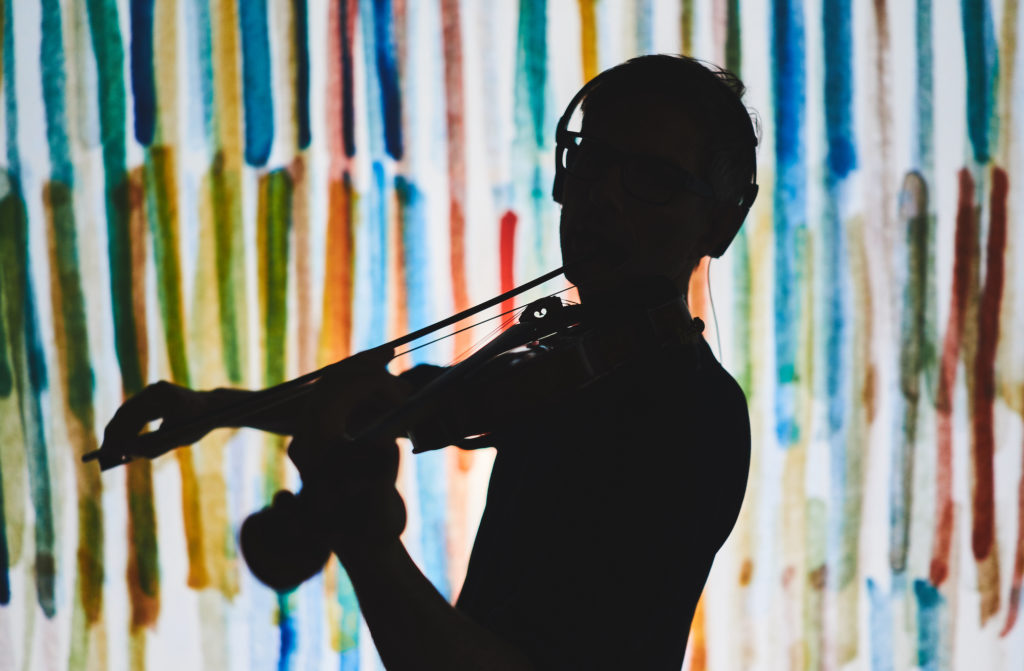 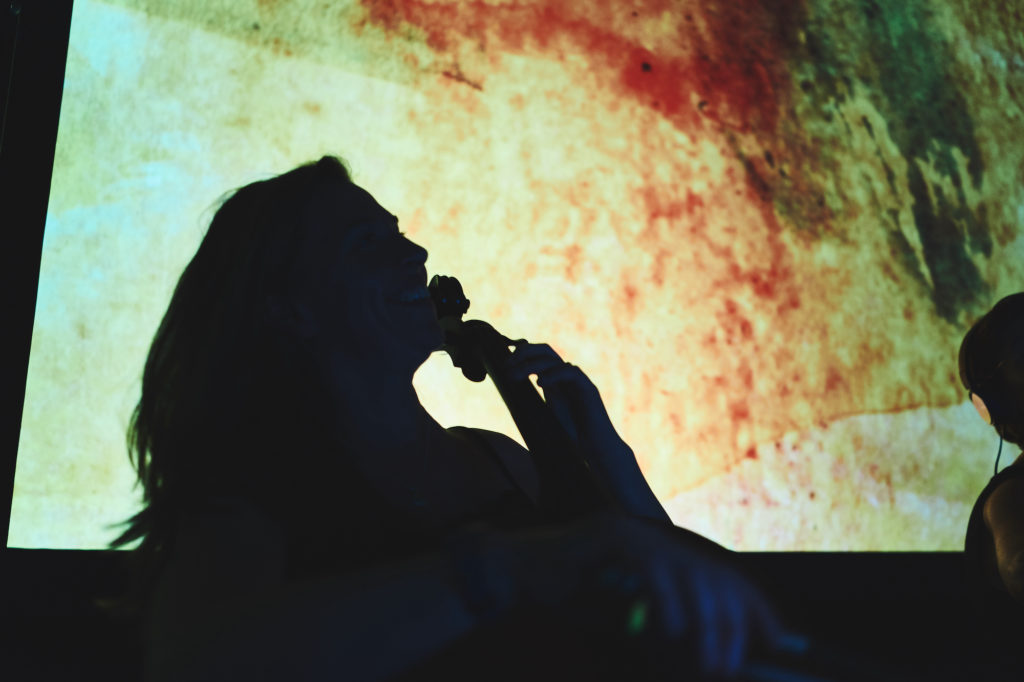 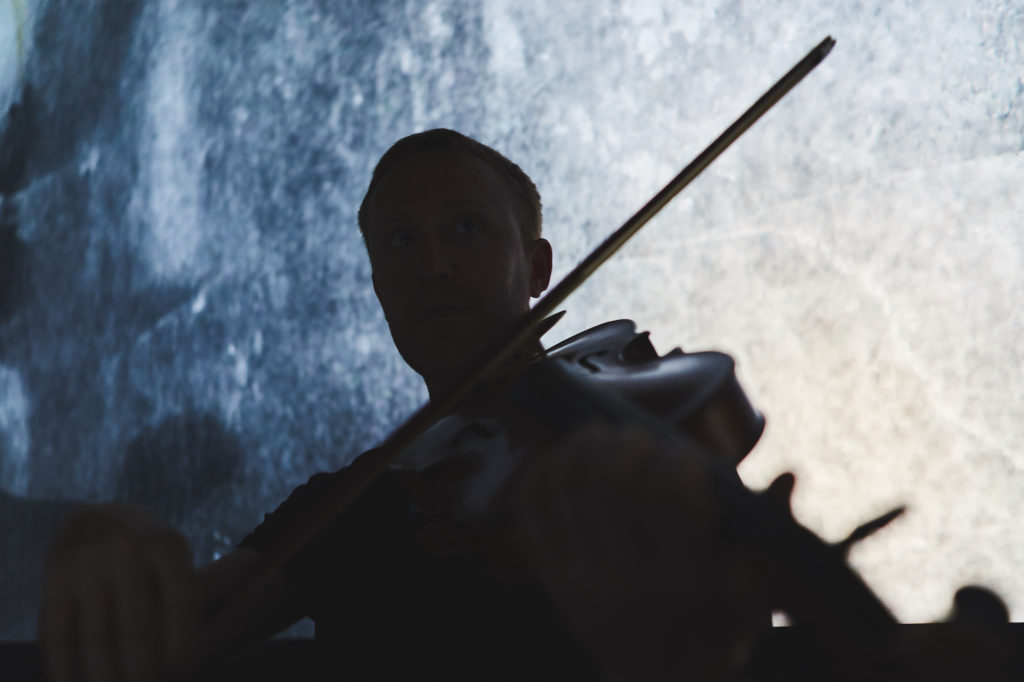 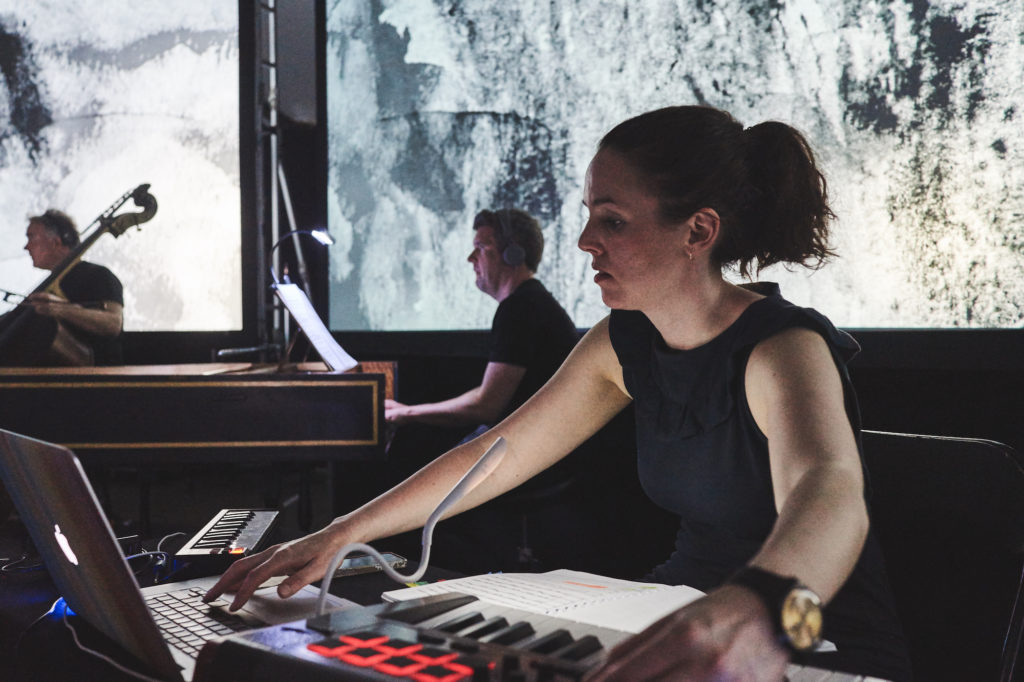 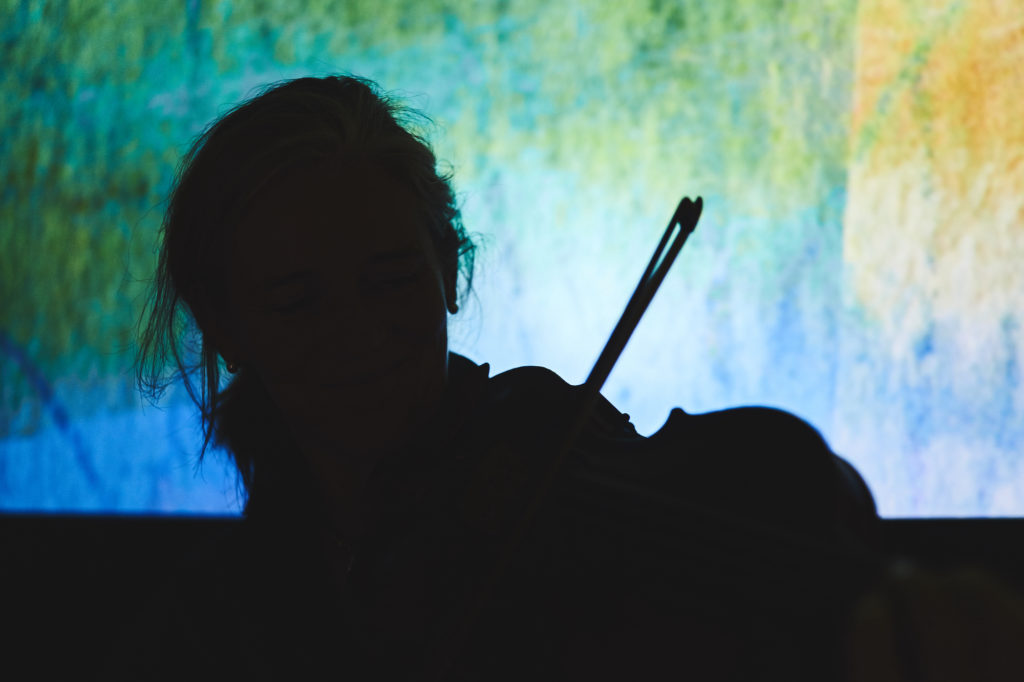 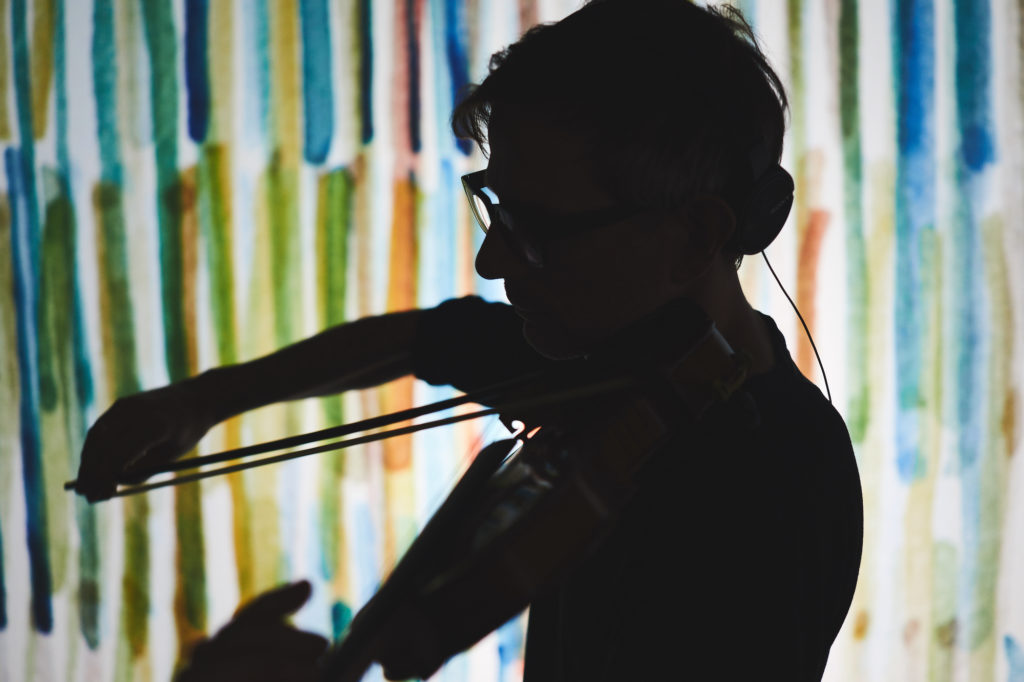 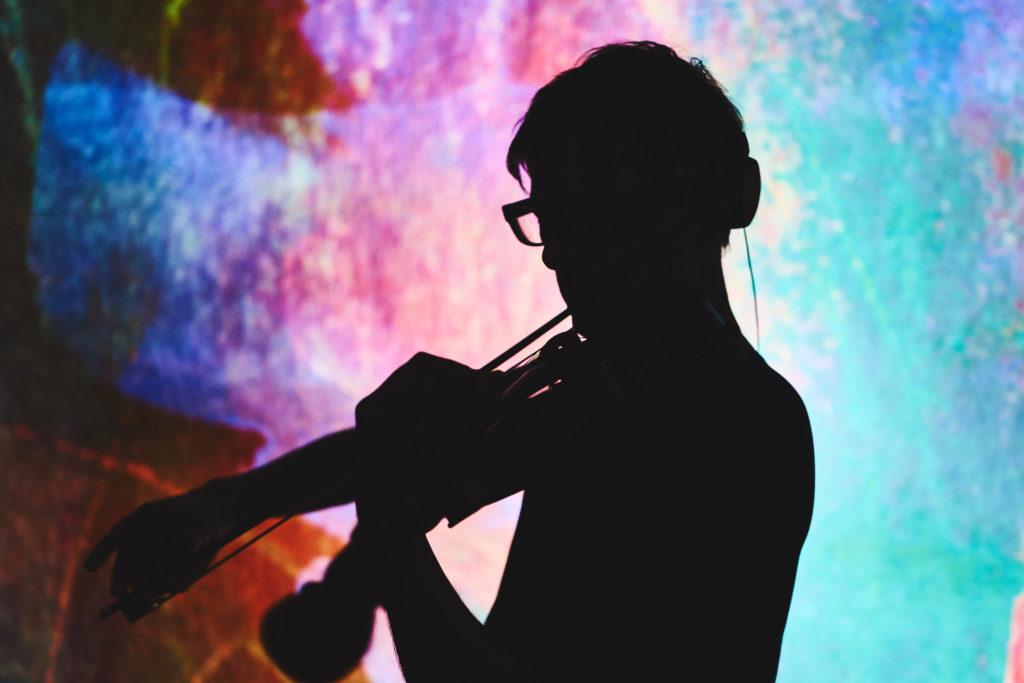 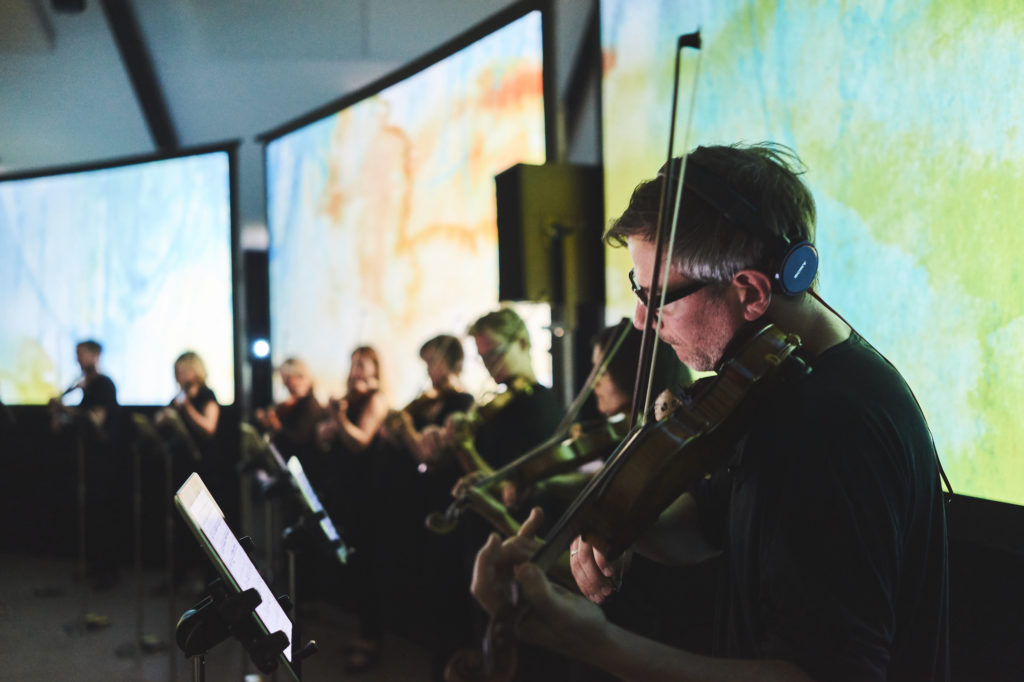 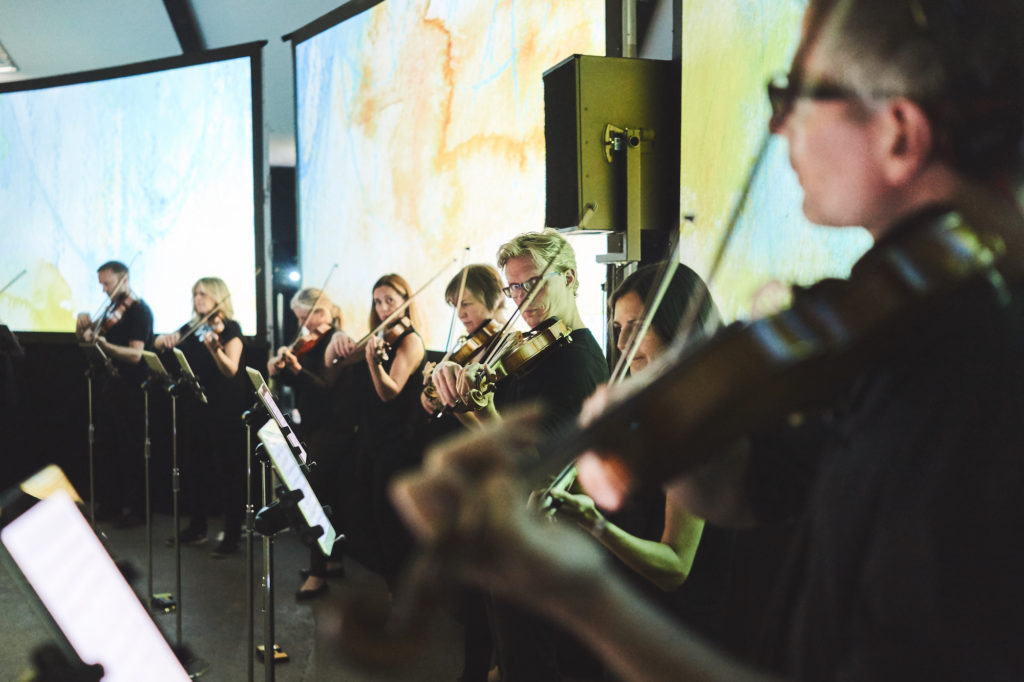 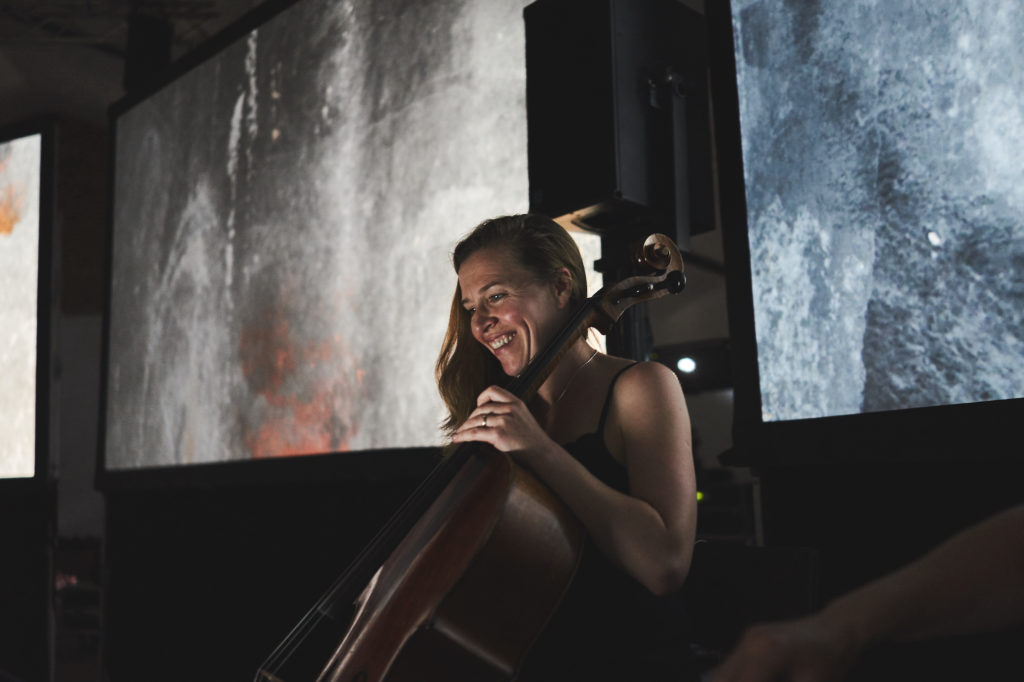 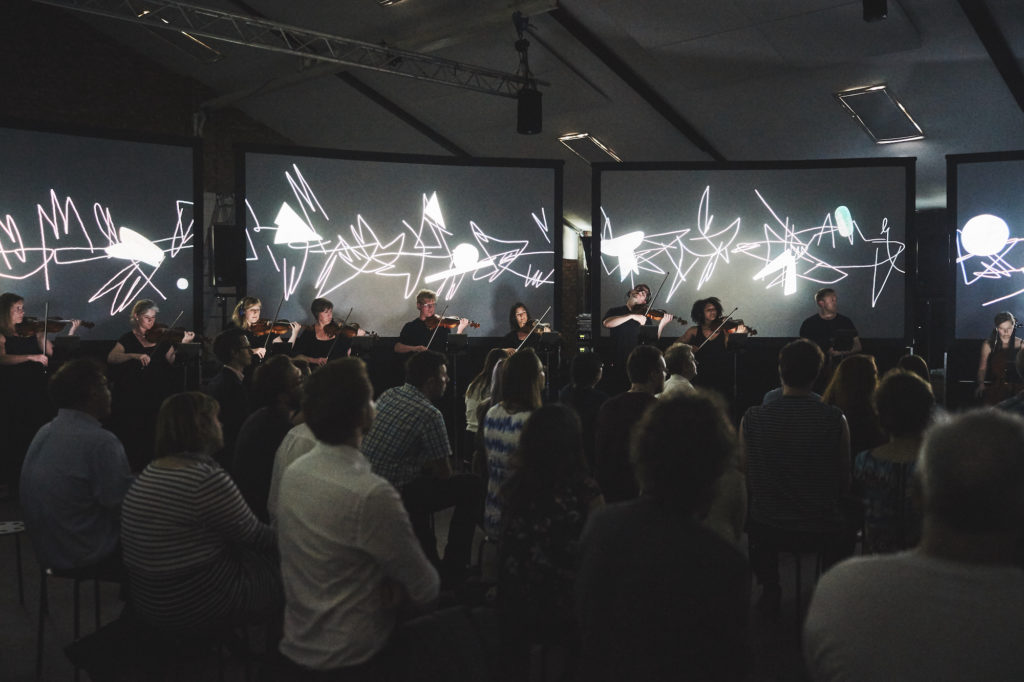 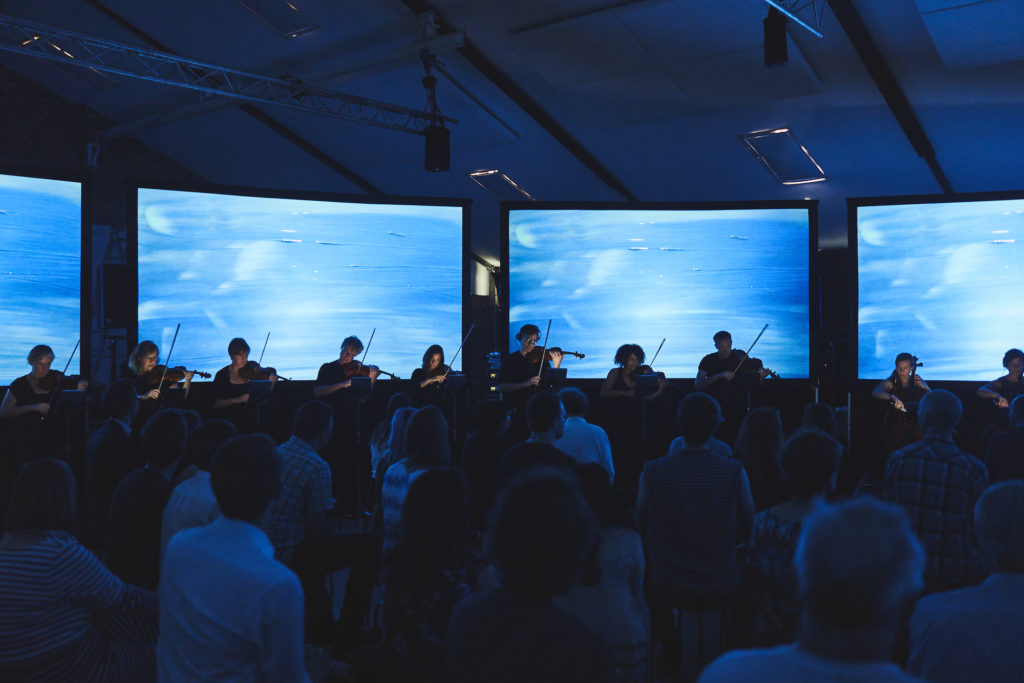 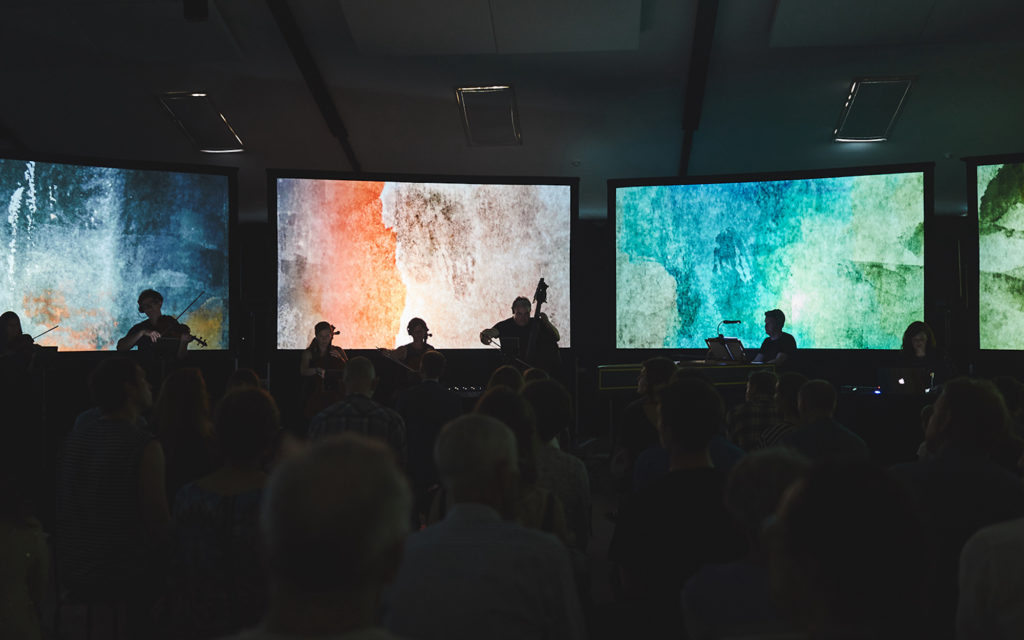 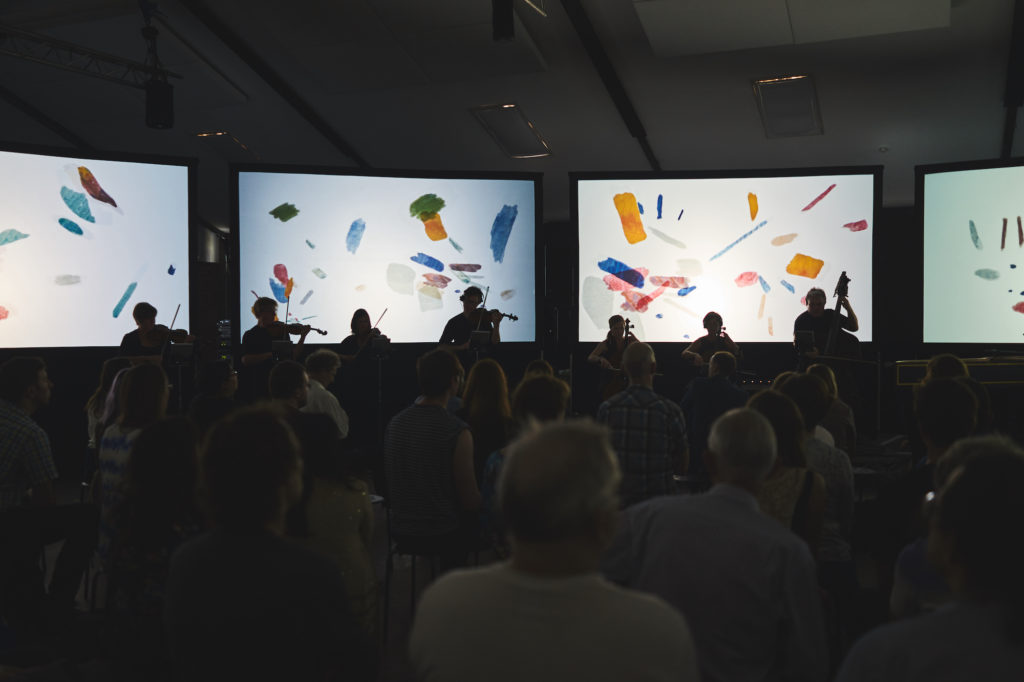 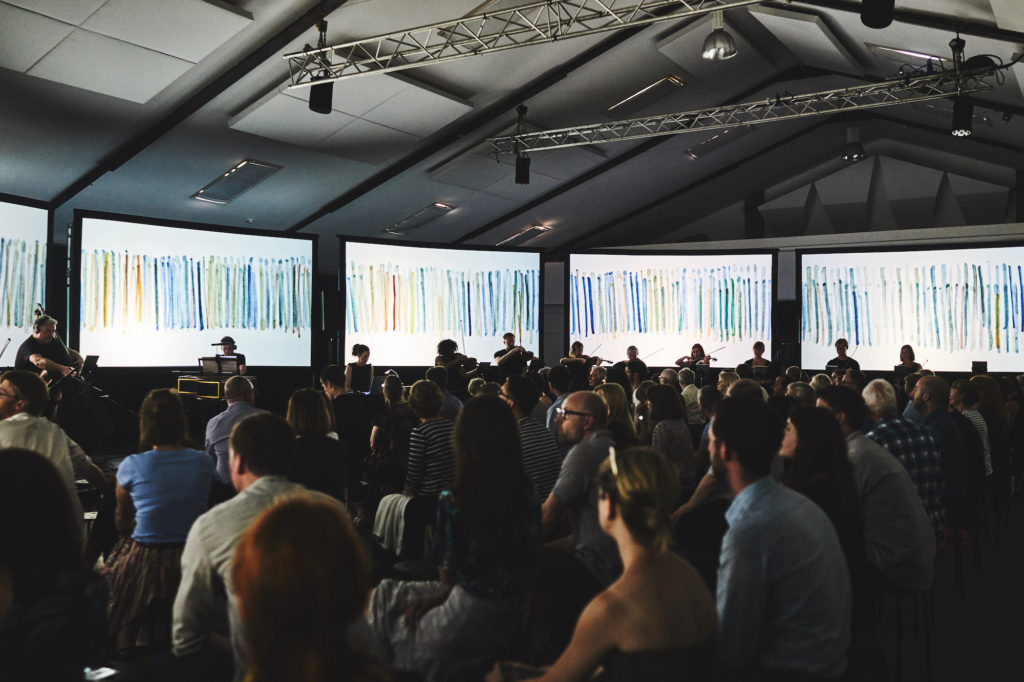 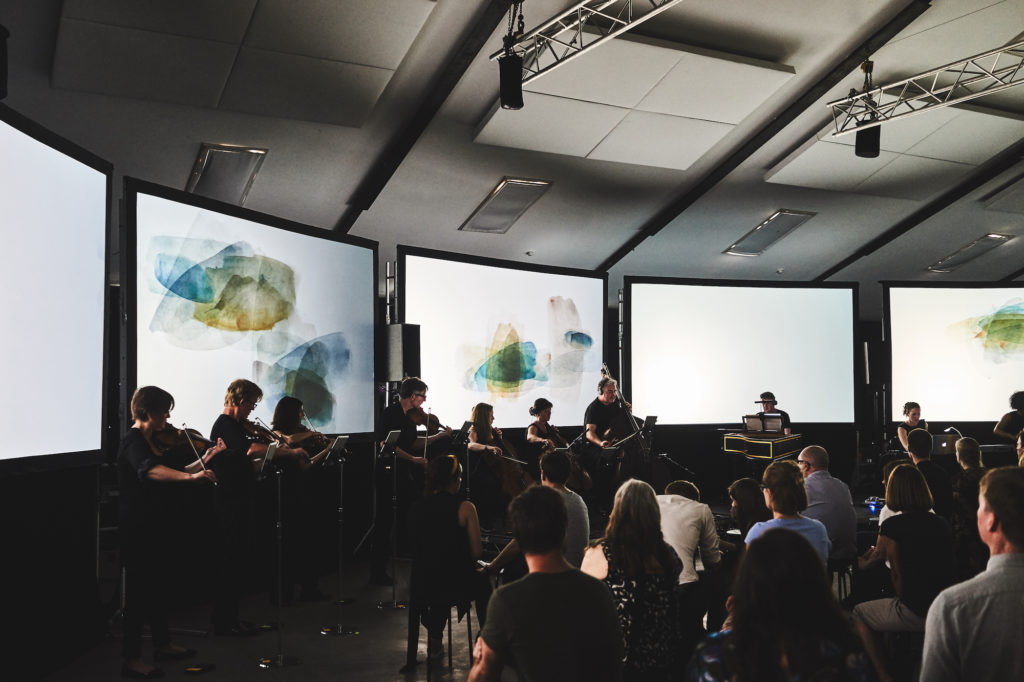 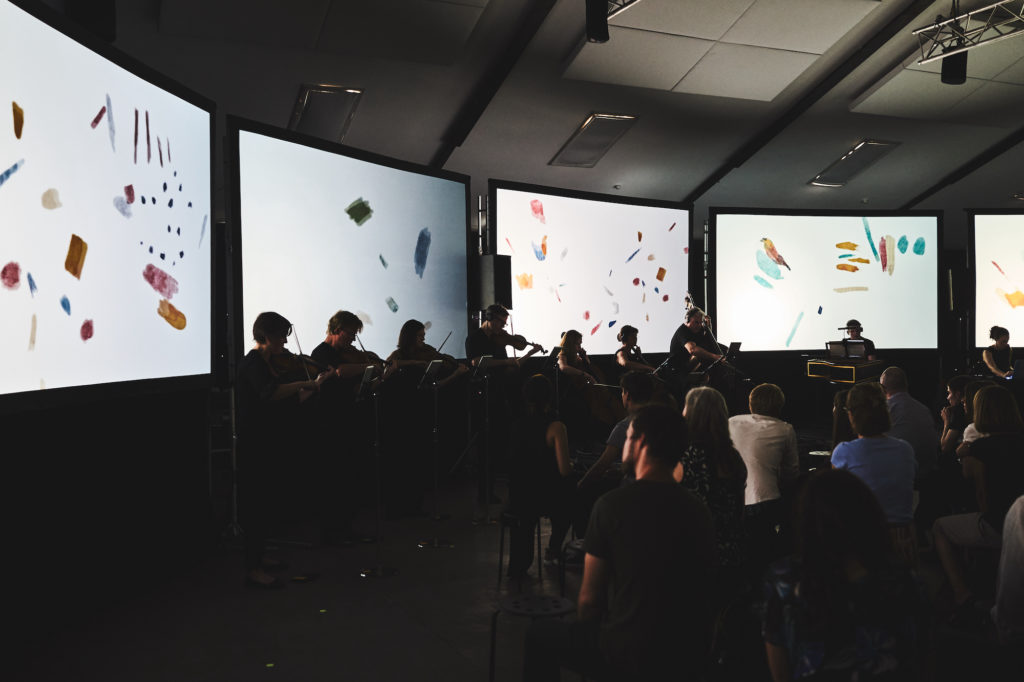 The impulse for this project came from an ongoing fascination with the relationship between the old and the new. We are lucky to have access to so much life affirming music from the past, but I think there is an imbalance, with too much focus on the old at the expense of the new. Ideally, old music wouldn’t be heard as ‘old’ and new music wouldn’t be heard as ‘new’ – it would be a conversation, and in the end it would all just be ‘music’.

I hope Anno will question the audience by stripping away some of the preconceptions that don’t actually have anything to do with the music. Gentle confusion can give everyone a chance to hear something in a new way. Vivaldi’s The Four Seasons in particular has been played about with so much – turned in to pop songs, used as ubiquitous hold music – that actually the seal has already been broken.

But in the end, we’re not rewriting Vivaldi, but trying to draw out the future from it, and also to tease out the past from Anna’s music and Ellie’s artwork by initiating a dialogue across the centuries.

This is how art is created/re-created and always has been. People borrow and adapt ideas from others; they nick bits, they re-arrange and re-contextualise.

Music is never finite or frozen in time.

We met a few years ago and chatted about this idea of hearing The Four Seasons in a new context. Jon heard quite a few connections between the way I write and Vivaldi’s music which I hadn’t previously thought about – but the more I got to know the material, the more I could see what he meant. The Four Seasons is a collection of short focused movements, each with a differing and distinctive sense of character, which is how I try and approach writing.

The aim was never to rework the Vivaldi. I knew from the beginning that I didn’t want to do that – but instead almost imagine we were all collaborating on making a piece together.

I think we’re so used to The Four Seasons as a sort of identity in itself that I, for one, slightly forget about the picture of the calendar year that Vivaldi was trying to paint. We’ve taken that idea of a year as our guide, and also tried to remove the Vivaldi-ness (and the Anna/Ellie-ness) from the picture so that everything – all the music and all the visuals – are working together to create a flow through a year.

The result is a map of this annual journey, created from most, but not all, of Vivaldi’s movements interspersed with my new material. Sometimes I’ve linked things together, or added a small electronic element, but mostly the material stands as it is. The original Four Seasons runs as 12 short, varied movements – we’ve simply extended and tweaked this format to create something new.

The final combined piece, Anno, runs as 15 short movements, sometimes linked, sometimes stand-alone. I’ve tried to make sure that each of my own movements has their own feel and character – just like the Vivaldi – but actually, there are so many connections running through all the writing that the movements are all bound together whilst also creating something new.

Go deeper into Anno on our dedicated project website.

Co-Producer, Festivals
Manage Cookie Consent
To provide the best experiences, we use technologies like cookies to store and/or access device information. Consenting to these technologies will allow us to process data such as browsing behaviour or unique IDs on this site. Not consenting or withdrawing consent, may adversely affect certain features and functions.
Manage options Manage services Manage vendors Read more about these purposes
View preferences
{title} {title} {title}