Ahead of Pause, Scottish Ensemble explores the myriad positive effects that music has on the brain, body and soul. 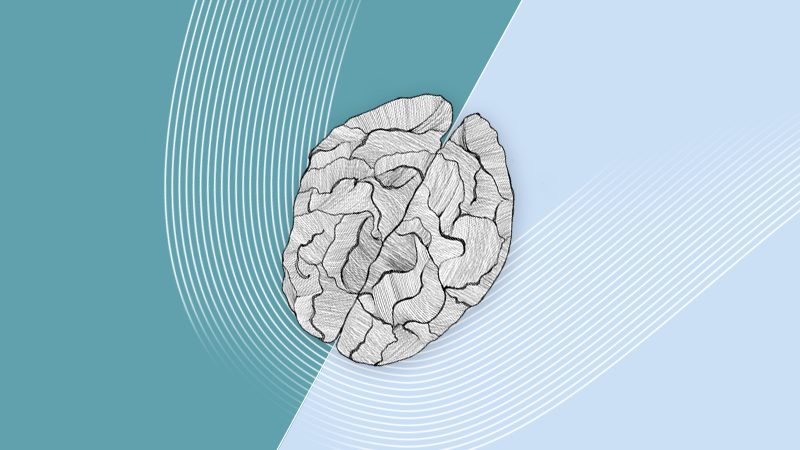 An increasing wealth of scientific research seems to be telling us the same thing: music is good for you. And it’s not just playing an instrument that causes so many positive effects. Did you know that music activates every known part of the brain, including areas responsible for motor actions, emotions, and creativity?

Ahead of Pause, an evening of live music and discussion with guest speakers and carefully-devised musical interludes, we’ve been looking at the amazing processes and benefits that occur when we engage with the mysterious, intangible, utterly essential entity we call music. Here are just a few.

Join Scottish Ensemble and guest speakers for Pause, across Scotland from 11 – 14 September.

Experiencing (or even anticipating experiencing) music releases the neurotransmitter dopamine, the chemical in the brain responsible for feelings of pleasure and reward. What’s more, we now know that different brain circuits are active in both the anticipatory and achievement phases (specifically, the caudate is more involved during the anticipation of hearing music, and the nucleus accumbens is activated during your peak emotional response). This helps to explain why experiencing tension followed by resolution in music – a perfect cadence, G major stumbling home to C major, that big drop in a dance track that’s been building and building – is so universally satisfying. It’s science.

Another interesting thing: we also experience a particular, sudden spike in dopamine if we hear one of our favourite tracks when we’re not expecting it – on a randomised playlist, for example, or on the radio.

Dopamine is also responsible for motivation, and numerous studies have indeed concluded that listening to background music whilst completing a task improves accuracy and efficiency. However, it matters what you listen to – or rather, whether you had any choice. Those who were allowed to select the music they listened to completed the tasks more quickly, and came up with better ideas; when background music is imposed with no control, it can increase feelings of irritation or stress.

Listening to music together increases levels of oxytocin, a neuropeptide which encourages bonding and trust between people. But it also highlights and reinforces cultural ties: research shows that when we find out someone likes a piece of music that we like, we tend to think better of them.

Music also activates the mental circuit that helps us to understand what others are thinking and feeling – and to predict how they might behave. Thus is a social skill scientists call “theory of mind”, which is linked to being able to empathise with others.

Quite amazingly, listening to music increases production of immunoglobulin A, an antibody that plays an important role in immunity. Studies have also shown that listening to music protected against cognitive and memory decline in older people more significantly than other leisure activities.

But it goes even deeper than that. Some studies have shown that rhythmic musical sounds can sometimes aid the recovery of movement in neurological patients afflicted with stroke, Parkinson’s disease, or traumatic brain injury, as the musical rhythms can entrain the brain mechanisms that control the timing, sequencing, and coordination of movement.

In the same way, it helps to alleviate the symptoms of mood and mental disorders including anxiety, depression, insomnia, attention deficit hyperactivity disorder (ADHD), post-traumatic stress disorder (PTSD), and schizophrenia.

As well as having proven benefits for a myriad of mental health conditions, music can also be used every day to affect and change people’s moods. Studies have shown that allowing people who were facing a terminal illness to listen to sad music, for instance, appeared to improve their quality of life during their last days; even in terrible or harrowing circumstances, people were able to achieve emotional release through engaging with sounds.

Listening to music that matches your mood can also be helpful in releasing emotional tension. By listening to sad songs when you feel sad, you encourage the feeling of being understood and connecting to other humans on a deep level, which can provide a feeling of release and catharsis.

And finally, speaking of changing moods, music helps to reduce levels of the stress hormone, cortisol. Studies conducted on people preparing to undergo surgery have shown that listening to music was more successful than prescription drugs in decreasing their anxiety.

We use cookies to ensure that we give you the best experience on our website. These cookies are completely safe and secure, and don’t contain any sensitive information. By continuing to browse this site you are agreeing to our use of cookies. OkPrivacy policy